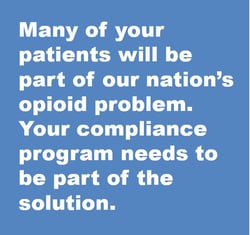 Not surprisingly, in 2017, the U.S. Department of Health and Human Services declared the opioid epidemic a public health emergency. In March 2018, the President of the United States announced the Initiative to Stop Opioid Abuse and Reduce Drug Supply and Demand, which gave the DOJ more resources to prosecute opioid fraud and abuse. In November 2018, the OIG identified “Reducing inappropriate prescribing and misuse of opioids” as its #1 Management & Performance Challenge.

Our nation’s concern about rising opioid misuse has been met with an increase in opioid-related criminal charges. Here are some common trends in enforcement, with corresponding compliance risks and suggestions for how to respond to them.

Nurse steals opioids from patients. An Illinois nurse who stole opioid patches from terminally ill nursing home residents pleaded guilty to resident burglary. The nurse, who was off-duty at the time of the theft, faces up to 15 years in prison.

Nurse charged with taking a hospice patient’s morphine sulfate. A Massachusetts licensed practical nurse (LPN) was charged with drug tampering. The LPN “tampered with three bottles of morphine sulfate prescribed to a hospice patient. In an attempt to avoid detection, she replaced the extracted medication with another liquid,” lowering the potency of the drug to only 4-29%.

While these examples of are individuals facing criminal charges, organizations can also face consequences. For example, Effingham Health System entered a $4.1 million settlement to resolve allegations that it failed to “provide effective controls and procedures to guard against theft and loss of controlled substances, leading to a significant diversion of opioids, and failing to timely report the suspected diversion to” the DEA. 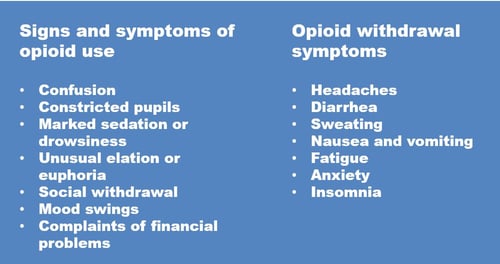 What you can do: verify licensure

Verify licensure for all new hires and licensed contractors, including temporary and agency staff. Never rely on documentation provided by employees or contractors – always independently verify. Some software programs will verify licensure status every 24 hours to further minimize your risk.

Doctors arrested for selling opioids. One physician was charged with conspiring to unlawfully dispense controlled substances, after he provided more than 1,000 oxycodone prescriptions for no legitimate medical purpose – in exchange for cash. Another physician is accused of recruiting Medicare and Medicaid beneficiaries for oxycodone and oxycontin prescriptions.

Doctor sentenced for fictional office visits. The doctor billed Medicare for face-to-face office visits for patients who did not visit her office. Instead, patient family members came to the doctor’s office, where they received prescriptions for Schedule II controlled substances such as oxycodone. The doctor also falsified her medical records to make it look like patients had been present for an office visit. The doctor was sentenced to six months in prison, will forfeit her medical license, and will be permanently excluded from Medicare and Medicaid.

Physician assistant paid to prescribe. A physician assistant (PA) was convicted for taking kickbacks in exchange for prescribing fentanyl spray. The PA wrote more than 750 prescriptions for the spray – while being paid almost $50,000 by the drug manufacturer to speak at events.

And in April 2019, the OIG announced The Appalachian Prescription Opioid Surge Takedown, the largest opioid takedown in law enforcement history: sixty individuals were charged for illegally prescribing and distributing opioids and other narcotics, or healthcare fraud. Fifty-three medical professionals were charged. The takedown involved 350,000 controlled substance prescriptions and more than 32 million pills.

What you can do: screen your providers

The OIG can exclude providers from Federal health care program participation if they are convicted of certain crimes, which include felonies and misdemeanors related to controlled substances connected to the healthcare industry. In the 2018 National Health Care Fraud Takedown, the OIG excluded 587 individuals based on opioid diversion and abuse. Conducting these monthly screens is expected by the OIG, and will help you identify individuals with prior criminal activity related to controlled substances as soon as possible.

For example, the OIG used this authority to exclude Dr. Adam Duer indefinitely after he allegedly prescribed “clearly excessive amounts of controlled substances,” for non-medical and medical purposes. Dr. Duer surrendered his license to California while he was being investigated for unprofessional conduct and gross negligence related to his controlled substance prescribing practices.

Many of your patients will be part of our nation’s opioid problem – and some of your employees might be too. Your compliance program needs to be part of the solution. 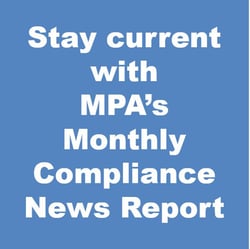