The registered nurse manager reported that “all staff had been educated on the policy not to take and disseminate photographs previous to these incidents.”

CMS has stated that humiliating or demeaning photos or videos of nursing home residents are mental abuse. Surveys will determine if nursing homes are protecting residents from this type of this abuse. 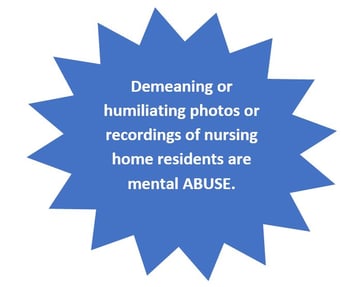 CMS outlines the steps nursing homes must take in order to do well on this survey – and meet expectations for preventing this type of mental abuse:

What else you can do

Social media use in nursing homes – and other providers – is a rampant HIPAA headline. Remind staff that photos or videos of residents violate HIPAA; and, time on phones can lead to lapses in care. Also conduct HIPAA walk throughs to monitor adherence to your cell phone policy. 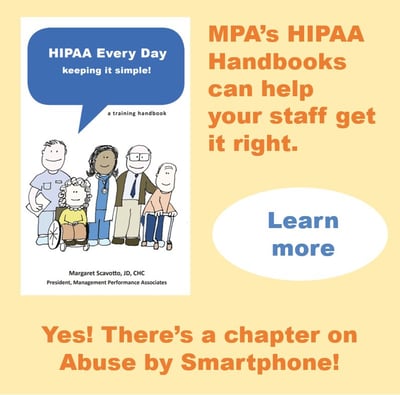