On May 5, the OCR issued guidance addressing media access to PHI during the pandemic: OCR Issues Guidance on Covered Health Care Providers and Restrictions on Media Access to Protected Health Information about Individuals in Their Facilities. The OCR’s purpose in issuing this guidance is: “reminding covered health care providers that the HIPAA Privacy Rule does not permit them to give media and film crews access to facilities where patients’ protected health information (PHI) will be accessible without the patients’ prior authorization.”

During COVID-19, providers are still required to obtain HIPAA authorizations from patients BEFORE the media is given access to patient PHI. This includes film crew access, and access to parts of the facility where patient PHI is accessible to the media in written, electronic, oral, or other visual/audio form. The OCR makes clear that every patient who will be in an area accessed by the media must sign a HIPAA authorization BEFORE the media has access.

Providers CANNOT require a patient to sign a HIPAA authorization as a condition of receiving treatment.

Masking or blurring patient faces or voices (which occurs AFTER the media has access to patients) is NOT enough to comply with HIPAA, unless a HIPAA authorization is obtained BEFORE the media has patient access.

If HIPAA authorizations are obtained in advance, and the media is given access to your facility, the OCR recommends safeguards to protect PHI:

This new guidance elaborates on prior OCR guidance about communicating with the media, including film crews.

Prior to the pandemic, the OCR entered two settlements with providers who allowed film crews access to patients without a proper HIPAA authorization:

HIPAA media breaches are not limited to film crews:

MPA’s HIPAA & COVID-19 Tool Kit has been updated to include a HIPAA & the Media Policy in response to this guidance. 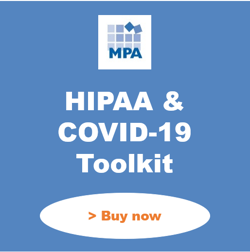 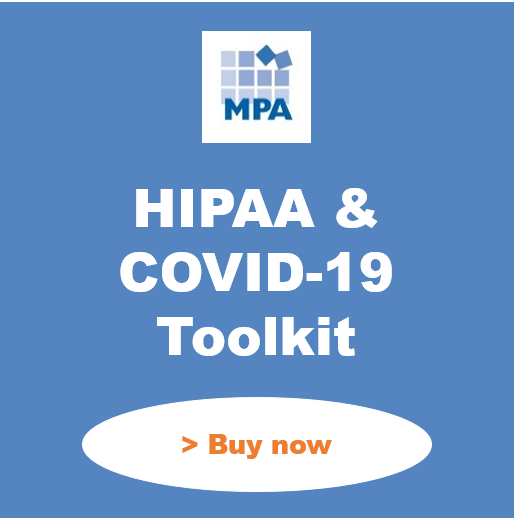